Are dairy foods and red meat really the enemy? 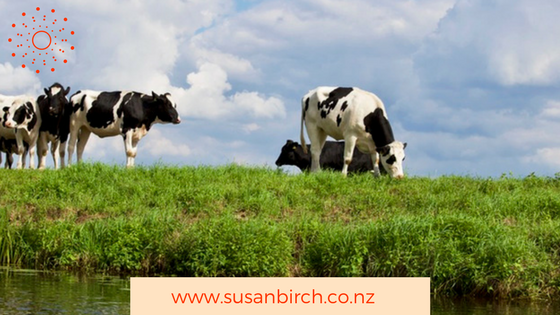 Recently, the media reported how doctors in Gisborne have been using a ‘real food’ diet to improve the health of patients with Type II diabetes and high cardiovascular risk. It was a high-carb, low-fat diet that eliminated red meat and dairy and focused on fresh vegetables and fruit, grains, cereals, legumes and nuts.

The goal of the doctors was to reduce the number of medications their patients with diabetes and cardiovascular disease were taking.

The group lost an average of 11kg over 12-months and they did reduce medication use. However, the diet had no effect on either their diabetes or cholesterol levels.

Most of us would recognise this diet as a “standard” healthy diet that has been promoted for as long as I can remember. However, the cause of both diabetes and high cholesterol isn’t fat.

Diabetes is a malfunction in the ability to use the glucose in carbohydrate foods properly. This starts slowly and progresses through various phases until eventually, a diabetic condition evolves, with insulin resistance and chronically high blood sugar. So having a diet that includes carbs (sugar) doesn’t make sense.

When it comes to cholesterol we know that the liver converts excess carbohydrates that are eaten, into triglycerides. This is the fat that circulates in the bloodstream. Elevated triglycerides are dangerous and an early indication that metabolic problems are beginning. They also contribute to heart disease.

In February 2016 a $1.3 million research project was completed in Adelaide, Australia comparing a high-carb/low-fat diet with a low-carb/high-fat diet for controlling diabetes.

The reduction in medication use was about 40% and more than double than in the high-carb group.

A Pub-Med search quickly showed there are other studies with similar results. Meta-analysis (looking at all the research and comparing results) showed that low-carb/high-fat and Paleo diet performed better than a high-carb/low-fat approach.

This doesn’t mean that the standard healthy diet these doctors used doesn’t have any research evidence – there are a lot of studies that show this is better than the standard Western diet, it’s just not as good as a low-carb or Paleo approach for diabetes.

So what about eliminating red meat and dairy?

There continues to be such a negative attitude to eating meat and other animal products. Animal products are the only “real food” sources of vitamin B12 which is essential for energy production, brain function and metabolic processes throughout the body. They are also the most biologically available source of many other vitamins and minerals that are essential for good health. While it probably isn’t recommended, meat is the only food that we can eat solely, indefinitely and survive.

There are many studies that demonstrate red meat and fat do not cause cancer, heart disease and diabetes. One study showed the more fat and meat women ate, the healthier they were.

Needless to say, early researchers were surprised by the results because this was in the era where fat was considered bad and animal fats were dangerous. Researchers were expecting the women who ate less meat and fat and consumed more carbs from grains, cereals, vegetables and fruit would be healthier. Guess what – they weren’t.

A small dietary trial I completed in 2014 with 10 participants had similar results. It showed that high-fat, low-carb diet worked for people with metabolic disease, high cholesterol, poor liver function and weight loss.

My participants lost between 9 – 15kg over 12 weeks. Cholesterol levels improved in everyone (including total cholesterol, LDL HDL and triglycerides) just like the 2016 study in Adelaide).

Reducing grains, cereals and legumes and increasing the fat and animal products got triglycerides down from dangerous to optimal levels in all 10 people. Conditions such as gout improved and Type II diabetes was reversed. There were reductions in blood pressure as well as improvements in nutritional status, iron, vitamin B12, Folate and zinc.

I know it’s difficult to keep up with all the information about what we should and shouldn’t do – besides that’s my job – to keep up to date with the latest research and translate it into simple language for my clients.

There is no one-size-fits-all approach that works for everyone.

Become more aware of how the food you eat makes you feel and keep track to see if this is a regular occurrence or if it’s an isolated incident. This is very useful insight when working with any practitioner.

And if you’re struggling with weight-loss, fatigue or digestive issues and you’re feeling frustrated because you’re not seeing the results you want, then book in for an initial consultation and let’s start investigating the real reason why.